A Declaration of Obama

After reading his book, Dreams from My Father. I realize, Obama is what every man should be. Beautiful with language, honest in his flaws, unwavering with his loyalty and passionate about life. It is after swimming in his memoir that I feel I can really stand behind this man. Really donate money that I don't have to a hope for our future, I can volunteer for a cause that will benefit more bodies than my own and bask in the glow of his brilliant leadership. Because like Michelle, Obama's wife, I too have found myself torn as an American adult.

The moment I learned of the Tuskeegee experiment; the hours I relive the Sean Bell verdict; the minutes I replay after learning I no longer had insurance coverage for a surgery that would fix my limp and allow me a life again; I felt misunderstood and expendable. I cringe at the idea of vaccines for my daughter, I am fearful of her becoming another sterility case, like the women of Puerto Rico. And when I begged the opinions of three different doctors only to feel the backhand of the "no malpractice please" club, I never felt so alone.

The idea of Barack Obama, leaves me to wonder what beauty can come for my family. For my friends. For my coworkers. I believe again, in our government. Since the scandal of Bush's "re-election", I haven't had the heart to look Lady Liberty in the eye. I considered her a traitor to us all. And by no means do I believe, Obama is the saviour. He is still human and capable of failing. But it is the humanity in him, that I see a possibility of something different. You know it when you see it, when you hear him speak, when you watch him laugh - like he doesn't care about the people planning for his demise. Like his figure alone isn't a threat to continuation of the all American racism that's been planted under our skin, all along.
Posted by Mahogany L. Browne at 8:08 PM 1 comment:

it looks as good as it sounds!! 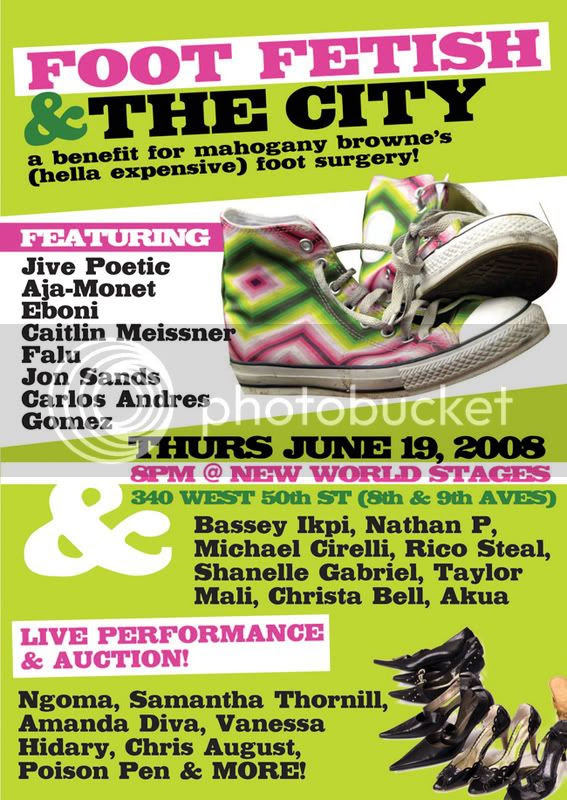 
to make a donation today: